Their names are Abdelghafour, Amina, Hugo, Joana, Khouloud, Raslene, Sara and Yacine. They’re Moroccan, Portuguese, French and Tunisian. And they’re the focus of the series of reports “The New Chance schools: a new hope for the Mediterranean youth”, broadcast in February 2021 on “Les Haut-Parleurs” YouTube channel.
Result of a pioneering collaboration between the MedNC network and the web media “Les Haut-Parleurs”, this documentary series gives eight young people the chance to raise their voice. The four girls and four boys, from four Mediterranean countries, have all dropped out of the school system for a time but have recently been reintegrated through an occupational inclusion scheme.
They tell their story sincerely and spontaneously, revealing the difficulties and the reasons that led them to drop out of school and the hopes and expectations that are now helping them see a brighter future. Although their stories are unique and personal to each of them, they echo those of millions of other young people in Mediterranean countries.

Shot within the centres of association that are membres or partners of the MedNC network, these reports also highlight the commitment of the professionals who support the young people in their everyday lives.

Also online are some interviews with the young people in shorter and more dynamic formats and others with former participants in these centres. These videos are to be broadcast on our different social medias from today.

Set up in 2015 by the production agency FabLabChannel, Les Haut-Parleurs is a network and independent production company for young, French-speaking reporters. Highly active in the Mediterranean region, it includes more than 150 committed, passionate young video makers from more than 30 different countries who have made more than 450 reports and documentaries. They take a free and creative approach to subject matter as diverse as the environment, women’s rights and solidarity against injustice.

As the MedNC network, Les Haut-Parleurs were part of the projects that have been awarded at the Summit of the Two Shores in 2019.

"It is with a great enthusiasm, despite the filming difficulties related to the pandemic, that we produced and directed with 4 Haut-Parleurs in the field these 4 documentaries on New Chance schools around the Mediterranean. In this early 2021, showing that we must not resign to pessimism to all the young people who are discouraged and drop out, while these schools show that they succeed in putting the majority of these students back on the path of employment and especially in self-confidence, is exemplary! We need these kind of stories. Let’s support them!"
Claire Leproust
FabLabChannel founder and producer

Solutions to youth unemployment in the Mediterranean​

In 2020, the Mediterranean region continued to have one of the highest youth unemployment rates in the world: 35% of 15 to 24-year-olds in Tunisia were jobless, 32% in Spain, 29% in Italy and 29% in Algeria. And dropping out of school was one of the structural causes of these inclusion difficulties. These figures are worrying in themselves, but the consequences of the pandemic will make them even worse. 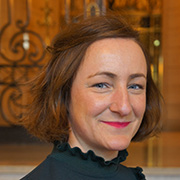 "We expect these videos will resonate with the millions of young people who find themselves in similar situations to persuade them to go back to school; professionals, to encourage them in the fantastic job they are doing; society as a whole and employers, to correct their view of these young people who want to contribute to the development of their countries; and potential partners, so that they support these initiatives."

From today, the four episodes of “New chance: addressing school dropout” can be found on Haut-Parleurs YouTube Channel and here below:

Abdelghafour and Amina, students at L’Heure Joyeuse in Casablanca – Morocco

Khouloud and Raslene, students at Ma3ak Centre in Tunis – Tunisia

We would like to thank Les Hauts Parleurs for the quality of their work, as well as the Drosos Foudation and the DiMed (French government Mediterranean interdepartmental office) for their valuable support in carrying out this project.