The 2021 Conference of MedNC network in Rabat

On 6, 7 and 8 July 2021, the 3rd conference of the MedNC network was held. Although designed in an essentially remote format, the event still gave rise to a major institutional morning on its second day, which allowed the organization of several panels in Rabat, filmed and broadcast live on the internet.

This conference, the first major event since the beginning of the pandemic, was an opportunity for the members of the MedNC network to take stock of the past 6 months and while establishing new directions for its development.

In addition, this edition will have benefited on its second day from a particularly important institutional representation. Mr. Saaid Amzazi, Minister of National Education of Morocco and Spokesperson of the Moroccan Government, Mrs. Giovanna Barberis, UNICEF Representative in Morocco;  Mr Karim Amellal: Ambassador and interministerial delegate to the Mediterranean for the French Ministry of foreign affairs; indeed, they succeeded each other to inaugurate this day.

A presence that obviously honours the MedNC network but which is also an important token of recognition of the work implemented by its members throughout the Euro-Mediterranean region.

"We are delighted to see the dynamism with which the network has expanded in recent years and we hope that the support work undertaken with Morocco will further fuel this dynamic."
Karim Amellal, Ambassador and Interministerial Delegate to the Mediterranean of the French Ministry of Europe and Foreign Affairs.

"I would like to reiterate my sincere congratulations to the MedNC network for its valuable contribution to the work we have carried out to identify the digital needs of New Generation second chance schools"
Mr. Saaid Amzazi, Minister of National Education of Morocco.

Geographically anchored in Morocco, this conference was an opportunity to highlight the Moroccan news of the MedNC network, particularly important during the first half of 2021*. However, more than 110 people, connected from 15 different countries, responded remotely. Almost all of MedNC's member organisations were thus represented, as well as all of its institutional and financial partners, as well as a large number of external organisations and experts. 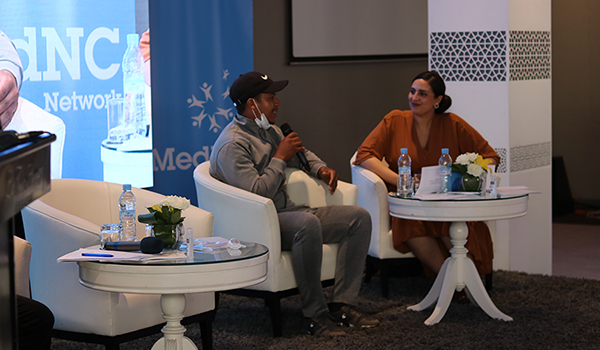 This new format has indeed made it possible to open this conference to many external actors. In total, about twenty civil society organizations, companies or public institutions external to the MedNC network took part in one or more sessions of this 3rd Conference.

Far from being anecdotal, this enthusiasm has made it possible to benefit from the views and expertise of new actors on themes already known to the network: such as the integration of the gender dimension in integration mechanisms, the use of digital tools to improve the offer of support for young people; but also to address new themes in connection with which the MedNC network could propose activities in the near future: the involvement of the private sector, or training in new sectors and in particular in heritage restoration professions.

This conference was also an opportunity to examine the application for membership of the Moroccan network of associations of second chance schools – le RAE2C Maroc - which was unanimously validated by the members of the network during the steering committee of July 6th.

This membership is in perfect  harmony with the vision of the MedNC network, which has always advocated the emergence of such national actors for the opportunities they offer in terms of sharing experience, improving quality, recognizing the proposed solutions and ultimately scaling up. 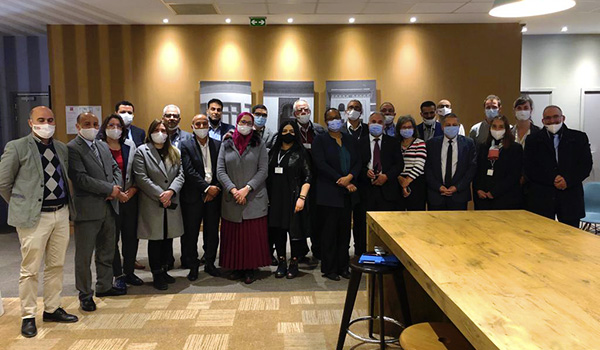 Consult the complete minutes of the Conference

Consult the Press release of the Conference (available in French only)

We thank all the speakers and panelists for coming to enrich this event with their contributions and expertise.

*The constitution of RA2EC-Morocco long desired and supported by the MedNC network, the launch of a study of the digital needs of second chance schools in Morocco, the support given to 7 Moroccan projects within the framework of the call for projects "Supporting youth in the Western Mediterranean" which continues.